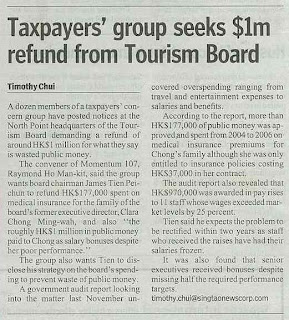 It was also found that senior executives received bonuses despite missing half the required performance targets.
張貼者： 何民傑 於 上午2:46