Private home owners have emerged as the greatest beneficiaries of “sweeteners” offered by the government over the past seven years.

The group received HK$63.1 billion from one-off relief measures in that time – as opposed to HK$16.6 billion received by needy families, found research by the Legislative Council secretariat made available yesterday.

The finding appears to contradict claims by the government that needy families were the major beneficiaries of its relief measures, as the group benefited from only 7.6 per cent of the HK$220 billion spent on such measures between the fiscal years 2007-08 to 2013-14. Home owners received 29 per cent.

According to the research, a Hong Kong permanent resident aged 18 or above who was also a taxpayer and a private flat owner received an average of HK$16,003 during the seven years. This was mainly due to rates waivers, property tax reductions and salaries tax rebates.

However, a permanent resident aged 18 or above who was a public tenant receiving social welfare payments received an average of only HK$12,116.

Veteran social worker Sze Lai-shan, of the Society for Community Organisation, was not surprised. “The research only confirmed our observation that the government is not doing enough to help the poor. That is why Hong Kong’s poverty problem is not improving.”

But Raymond Ho man-kit of Momentum 107, which represents the middle class, said: “It is the responsibility of the government to pay back taxpayers when it has a surplus. And this should not be confused with relief measures or sweeteners, which are a kind of social welfare.”

According to the research brief the government had “consistently under-estimated its revenue” and “the discrepancy totalled HK$442 billion between 2004-2005 and 2013-2014”.

“Years of revenue under-estimation may have restricted total government expenditure growth as Hong Kong has to spend within its means,” it said.

In his 2014-15 budget, the financial secretary proposed reducing one-off relief measures to HK$20 billion in 2014-15 – down from the HK$33 billion spent in 2013-14.The research brief said “retrenchment was likely to continue …in view of the need to contain expenditure growth”.
張貼者： 何民傑 於 凌晨12:24 沒有留言: 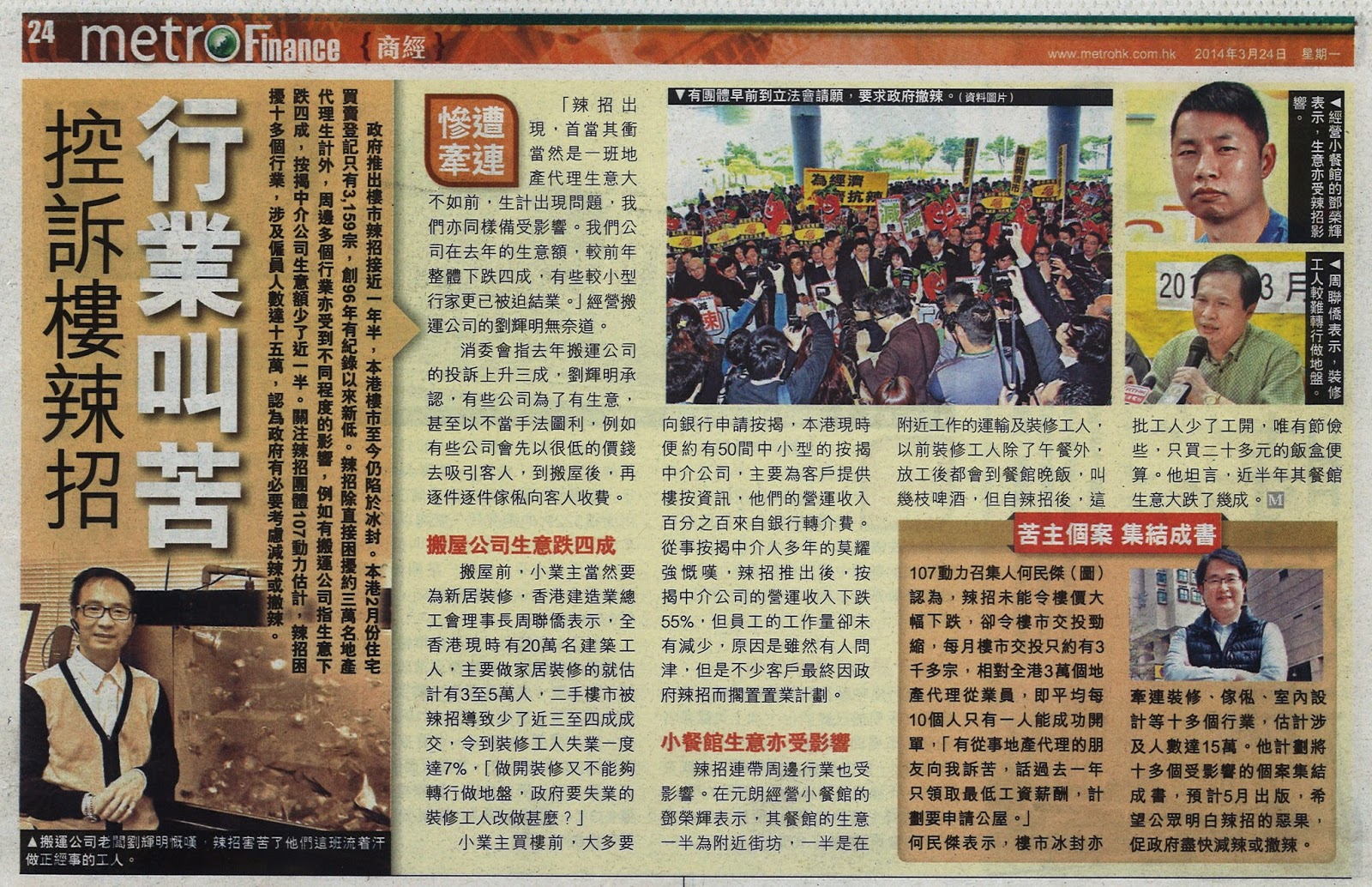 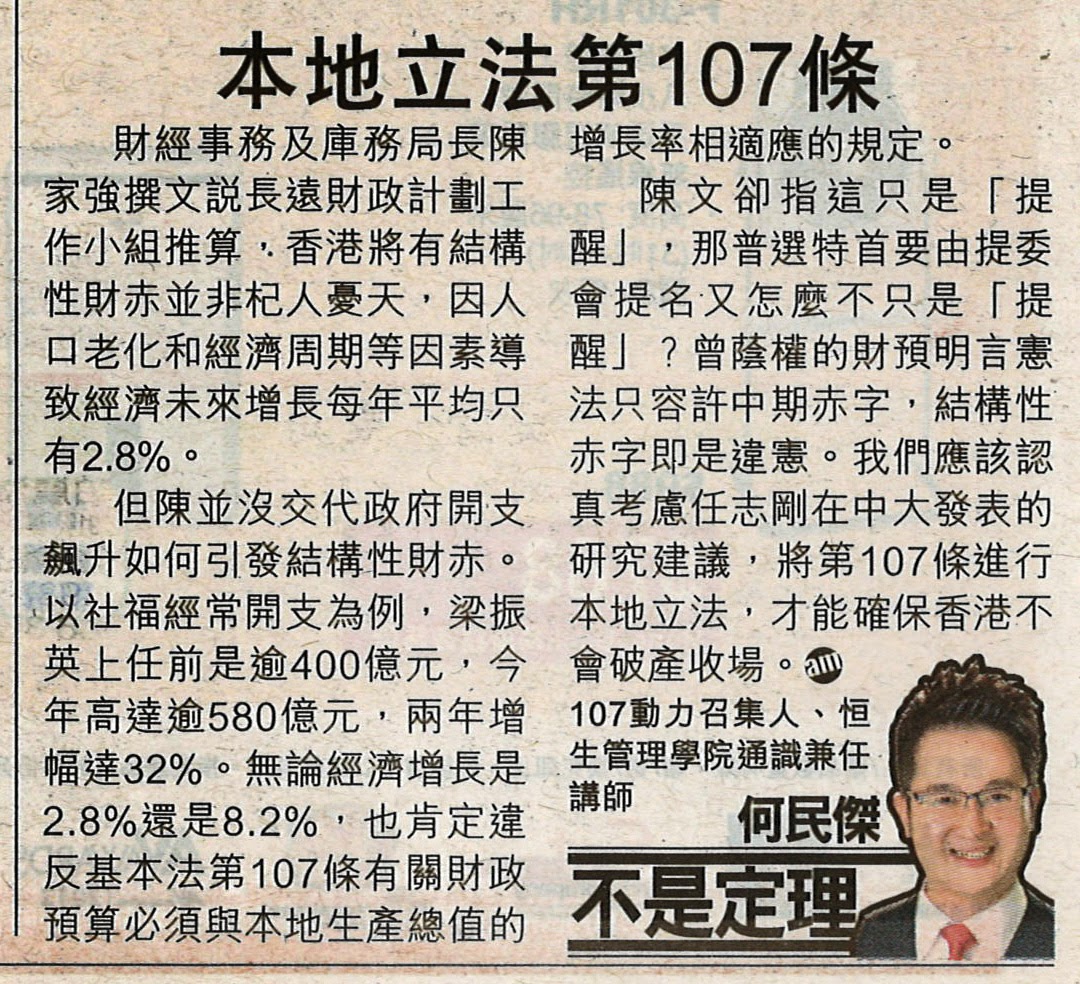 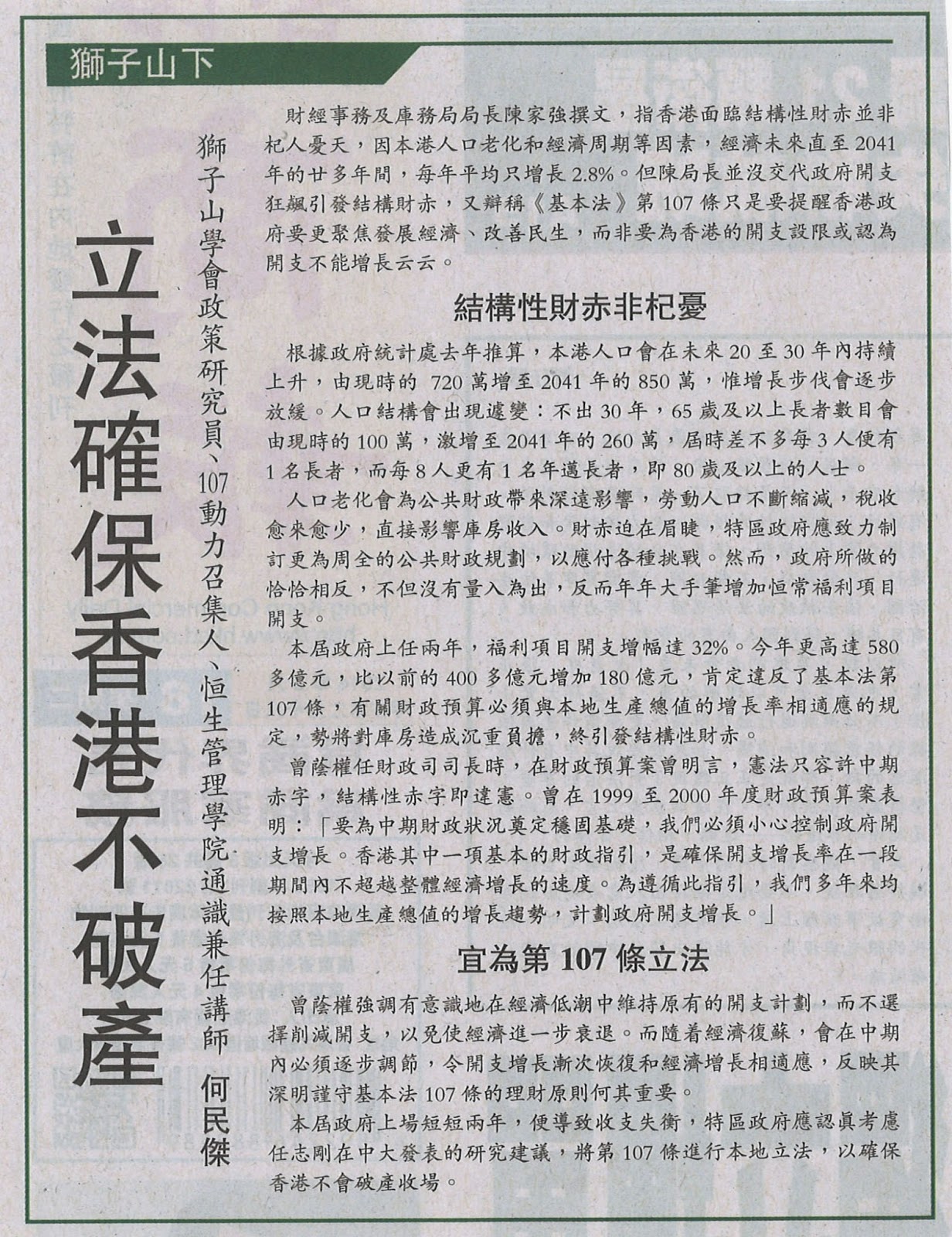 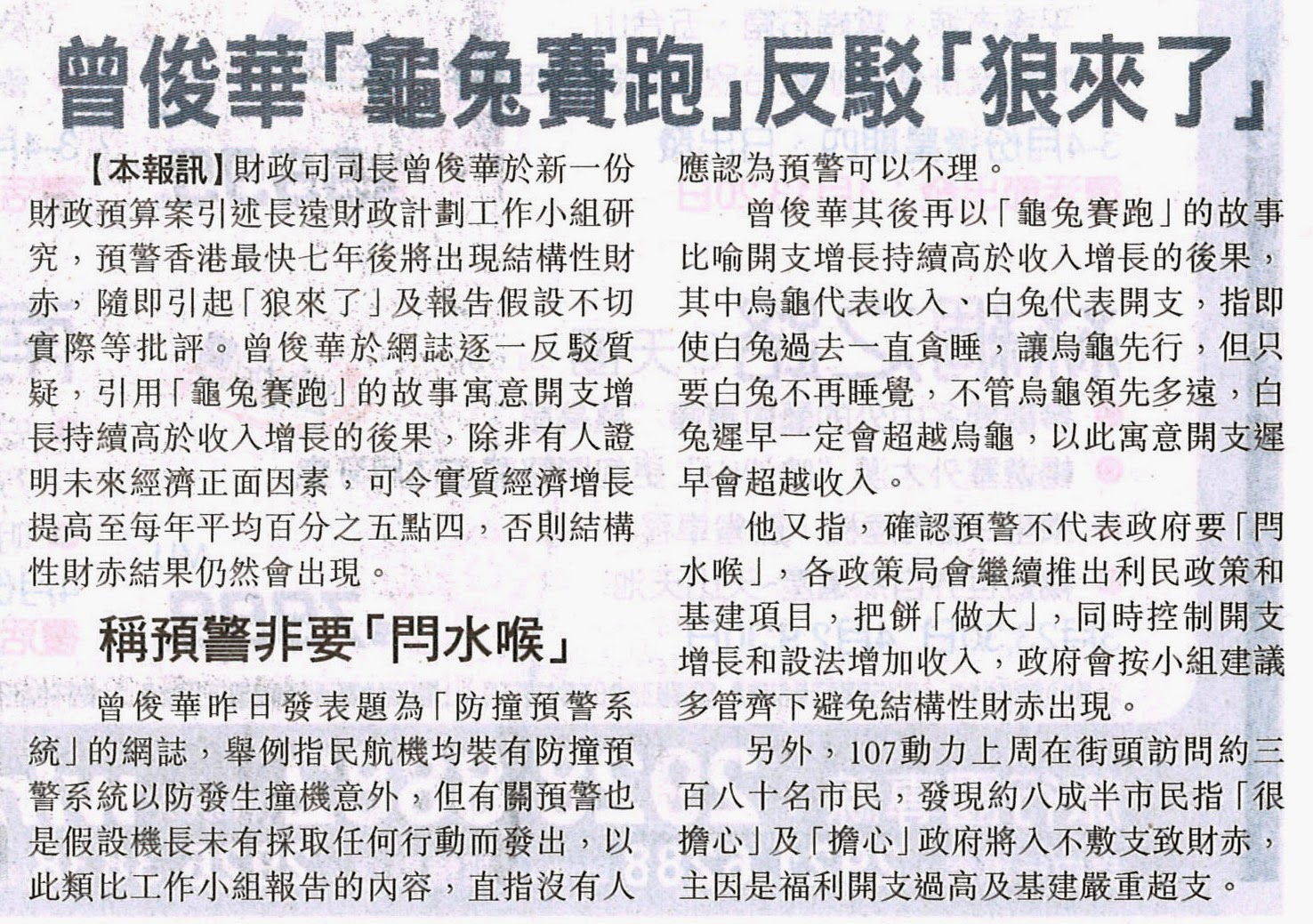 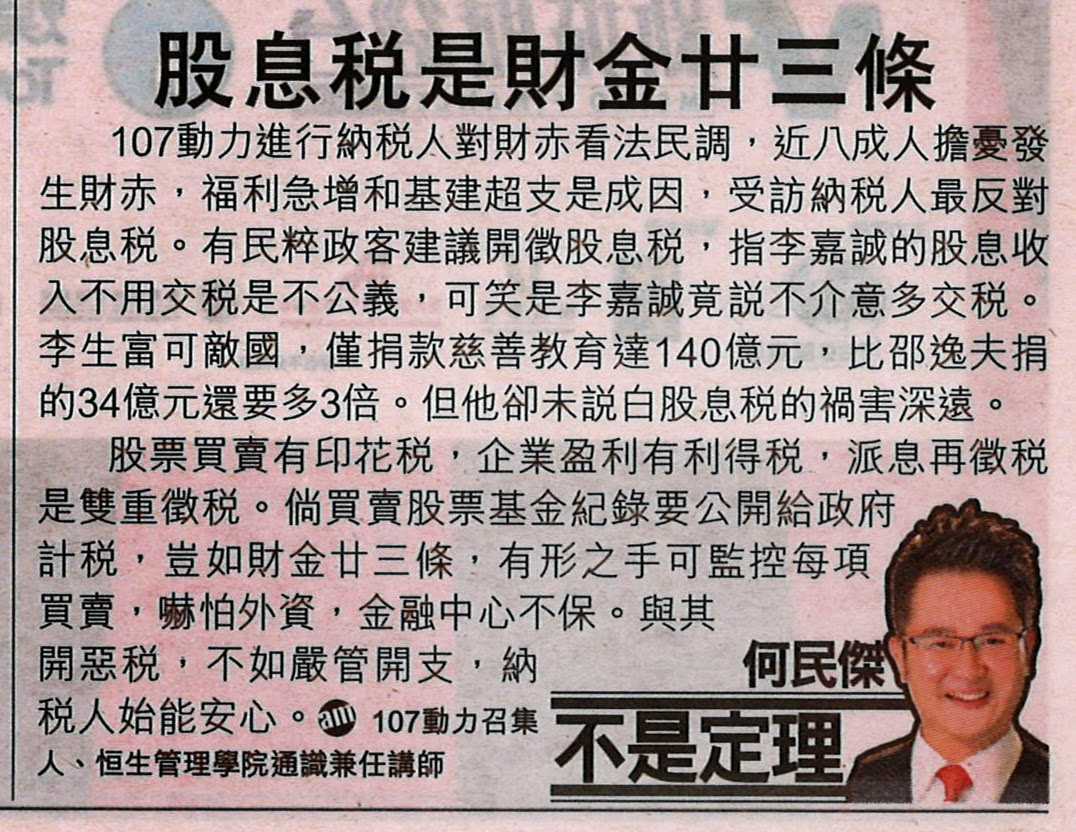 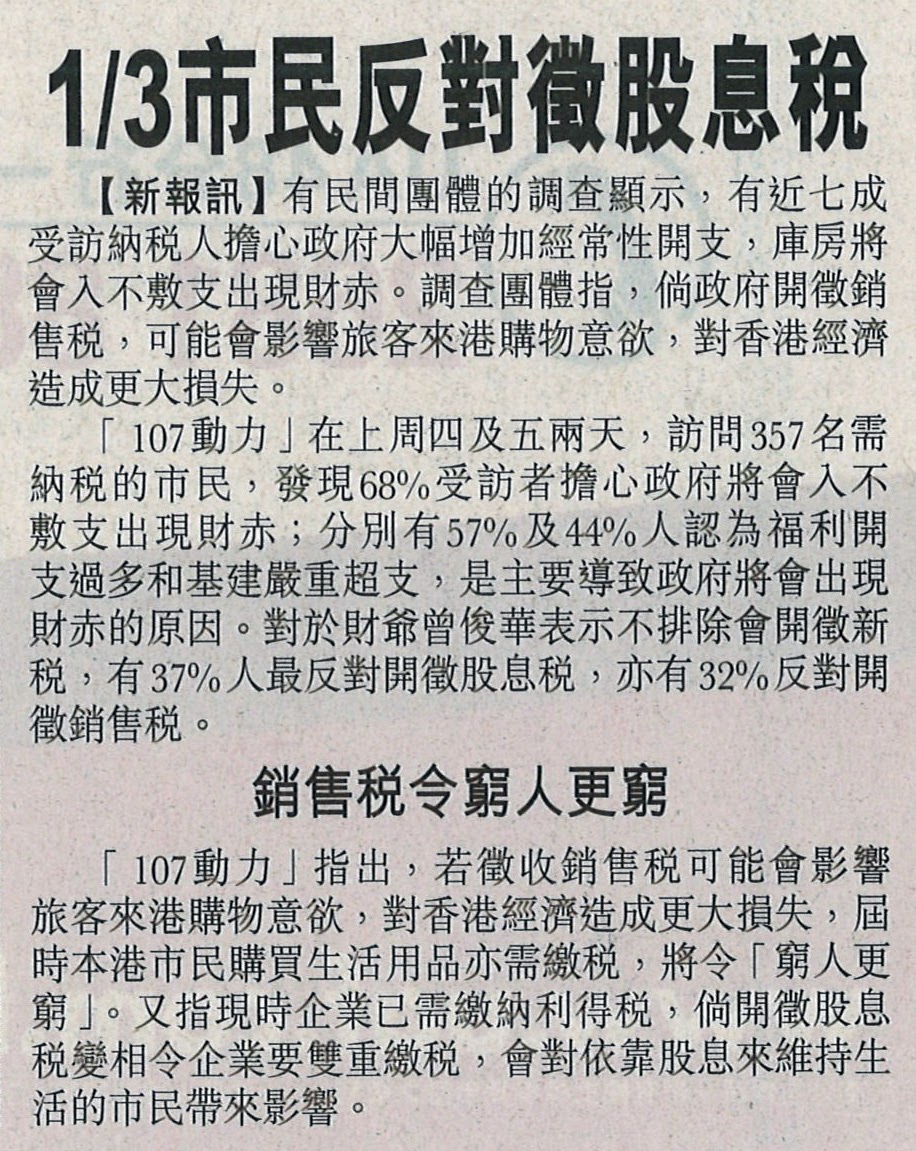